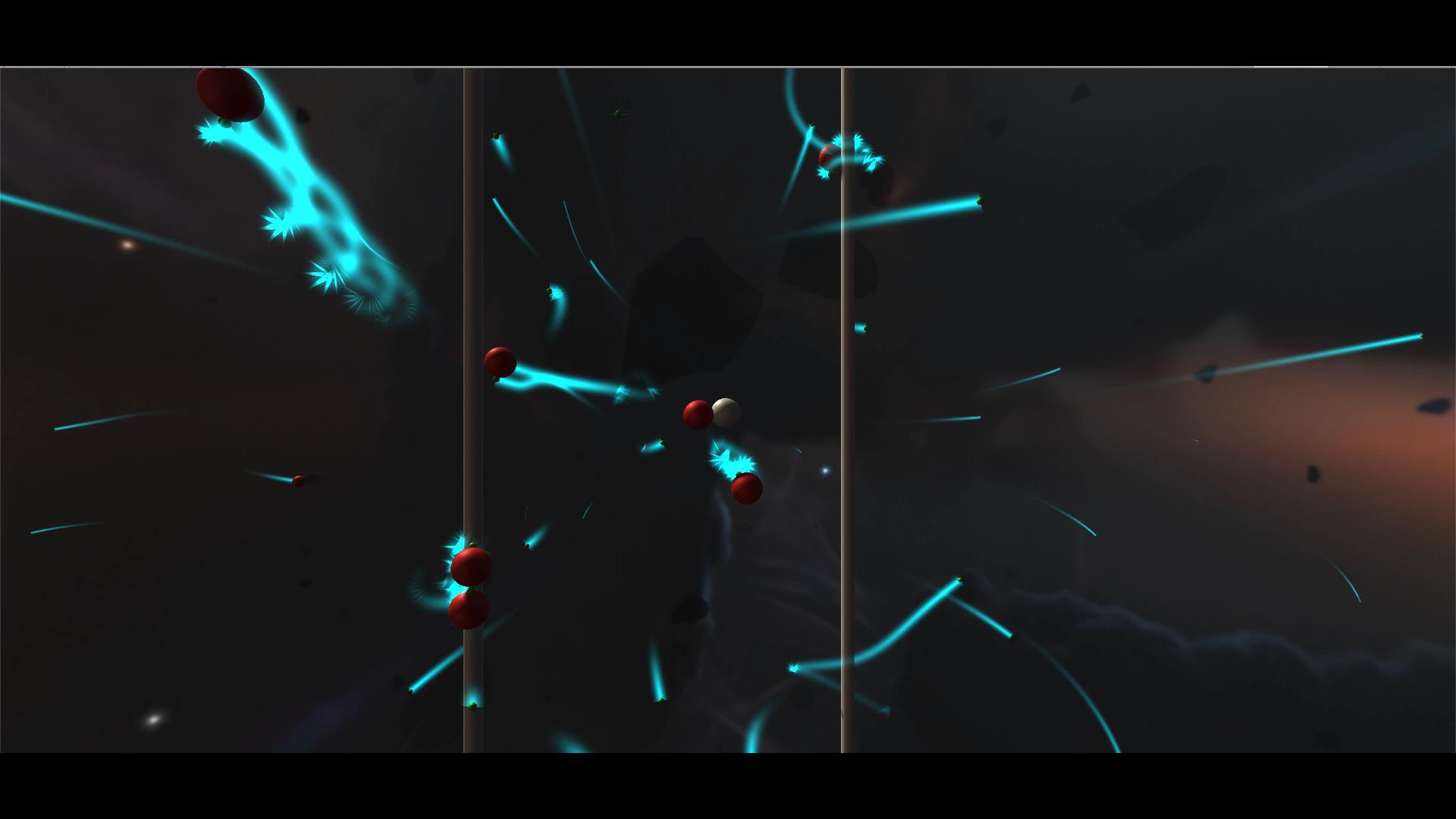 In this tutorial I will be explaining how to create an electromagnetic simulator and understand the maths and physics we use behind it. This tutorial is only an explanation where you will learn how to design your own simulator with the information you will see next.

Here are the contents we will be touching:

Protons and electrons interacts between them (electric field).They will interact also with conductors that creates a magnetic field. You will see how this two forces interact and the electrons will describe helicoidal trayectories and orbits.

I used some formulas but the constants I used are not real. This is because if you add to an electron an speed of 20000m/s you won't see it on screen

If you have watched you will have noticed that the simulator is in a 3D View. This is the reason why we will be using vectorized notations because we can't work only with modulus.

I have created different classes in C# for the project. This is only an example on how you can manage your simulator

Is in charge of spawning the electrons and protons and displaying the conductors. It will carry all the settings for the simulator

It will have variables such us the spawn rate, maximum distance to spawn, impulse, proportion of size between electrons and protons, probability of spawning an electron or a proton, initial speed of electrons and the maximum of particles on screen

It will control also when to create and destroy each component

Depending if it's a proton or an electron it will have different charge value, material and size. We will add here all the math and physics interaction for every charge.

The camera will rotate around the spawn point

The conductors will only have the variables intensity and permeability. The math will be executed on each charge.

The program integrate an electric simulator that works with the vectorized Coloumb Law. This law works as the Universal Gravity of Law but it could be repulsive or attractive and it will depend on the charges

K is the Coloumb Constant and is equal to:

The demonstration of the Coloumb's Law is using the Gauss Law:

Then we will apply the superposition and get the force from the other charges in world. For example if we want to get the force of charge 1 we must get the electric force between charges 2 and 3 to charge 1:

The second Lorentz law is for getting the force of a conductor to another:

We should know the magnetic field induction. In order to get it we can use the formula of Biot and Savat that with the intensity,permeability, the direction of the conductor and the position vector of the charge we can get \(\vec{B}\)

If there are more conductors that are interacts we must use another formula:

If you want to know information about the circular trayectories of the particles:

When you create both fields you can now get the finl force to apply to an specific particle. It will be the sum of both forces. Then with the mass you will get the acceleration and executed a MRUA trayectory

Any comments or doubts please go to the forum page and create a new topic asking a questions. Other users or even the author will answer you as soon as posible. You should have an account to create a new post.